With Brexit looming and Article 50 already invoked, Northern Ireland is on its way to leaving the European Union. EU nationals living in NI will have to wait to hear under a cloud of uncertainty what the future holds for them but they have also had to deal with unfortunate more sinister by-product of the EU referendum – an increase in hate crime. Figures compiled by the Press Association suggest hate crime soared to ‘record levels’ in the three months following the EU referendum. So what action can we take as a community to address this?

Grafton has teamed up with a Belfast-based social enterprise, For Your Freedom & Ours C.I.C, an educational campaign highlighting the shared history between Poland and Northern Ireland. Through a series of visual presentations of the deep links between the two nations, and discovering the connections to World War II of the Polish people currently living in Northern Ireland, it aims to tackle prejudice, discrimination and hate crime as well as improve community relations.

It is designed for the young, for adults and is also available to individuals and groups, including youth groups, schools, colleges and universities across Northern Ireland. The real highlight of the project is a tour to the most iconic locations in Polish history such as Westerplatte, the World War II Museum in Gdansk, the Warsaw Uprising Museum and the Auschwitz Museum. There are also educational trips to Scotland and England following the footsteps of the Polish Armed Forces and the Polish Air Forces. The campaign’s steering committee includes the following prominent individuals:

Around 30,000 Polish people are currently living in Northern Ireland. The For Your Freedom & Ours Educational Campaign is a vital tool in bringing our communities together and tackling social divides and misconceptions that have surfaced in tmodern-day Northern Ireland. There is no better way to understand another community than through learning and sharing their history / experiences and Grafton is proud to be a part of this programme. 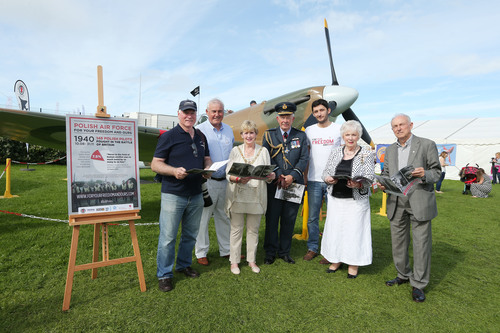